The city of Agra was founded in the 16th century and marked the world’s architectural splendour map with the construction of the Taj Mahal. Today, Agra has become synonymous with the Taj Mahal, "the epitome of love" and one of the most beautiful wonders of the world.

Taj Mahal
This monument of love in sparkling white marble is the epitome of beauty and grandeur. The Taj Mahal was built in the 17th century by Mughal Emperor Shahjahan in memory of his beloved wife Mumtaz Mahal. Situated on the banks of sacred river Yamuna, the construction of Taj took 22 years. Beautiful gardens, gateway structures and mosques complete the entire Taj complex. 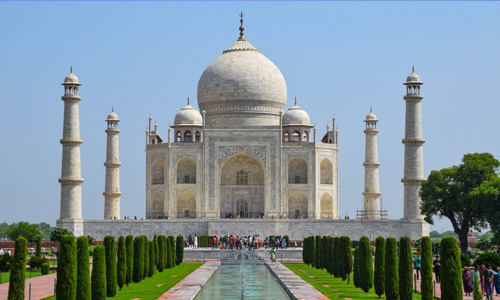 Agra Fort
Built by Emperor Akbar in the 16th century, the Agra Fort is another masterpiece of Mughal architecture dotting Agra's landscape. The Agra Fort is regarded as a great fusion of Islamic and Hindu styles of architecture. The entire monument has been built using red sandstone. 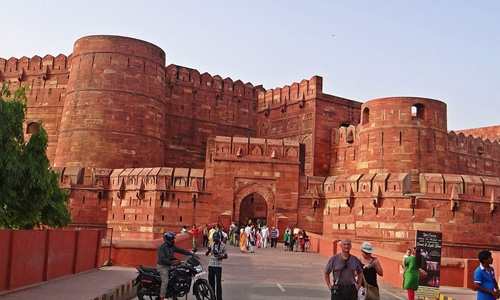 Itmad-ud-Daulah's Tomb
Built in memory of her father by Mughal empress Noorjahan, the tomb of Itmad-ud-Daulah is also called the 'Baby Taj'. This mausoleum is known for its elaborate carvings and inlay work. The tomb contains cenotaphs of Empress Noorjahan's parents. This tomb is also built in white marble. 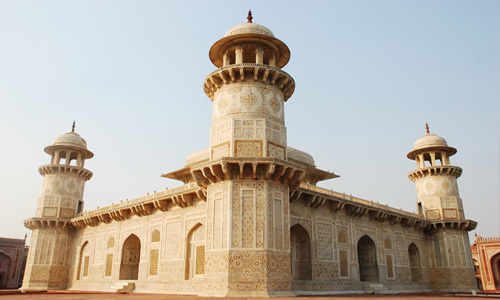 Fatehpur Sikri
Fatehpur Sikri, within close proximity to Agra, speaks of the architectural splendor of Mughal rule. The one thing that strikes tourists on entering Fatehpur Sikri are the magnificent buildings in red sand stone. Fatehpur Sikri was built by Mughal Emperor Akbar in the 16th century. 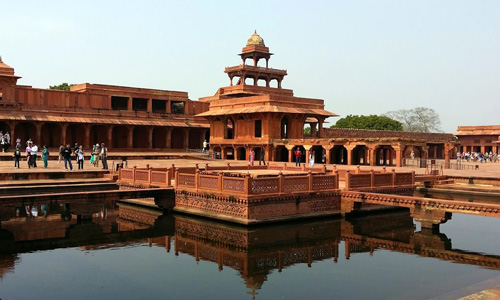 Mohabbat-the-Taj
Watch a live theatre performance, introducing you to the story of the Taj Mahal. Watch the spectacular performance - “Mohabbat the Taj – The saga of love”, staging the largest replica of the Taj Mahal, and presenting the Taj in various colours and seasons. 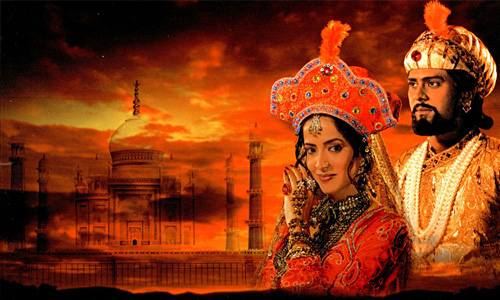 Champagne Breakfast with Taj Mahal in the background
Experience Agra by sunrise with a dawn visit to the sparkling Taj Mahal, followed by a scrumptious breakfast in an elevated garden at a short distance from the Taj Mahal, with splendid views of this historical monument in the background. 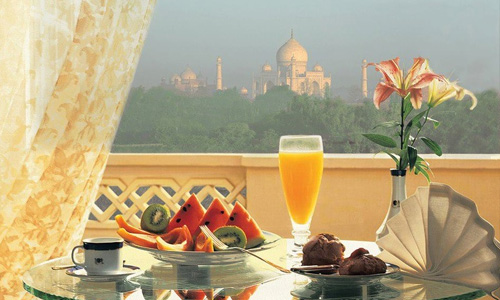 Moonlight Romance with the Taj Mahal
When in Agra on a full moon night, you cannot miss the romanticism of the beautiful Taj glistening under the white moonlight. The experience is breathtaking...an ideal setting for a romantic proposal! 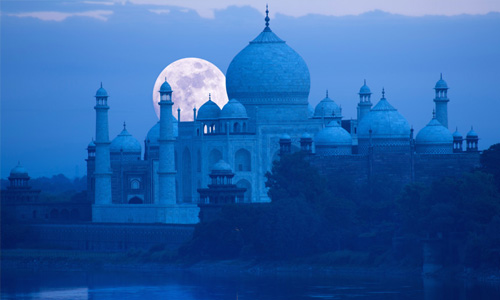 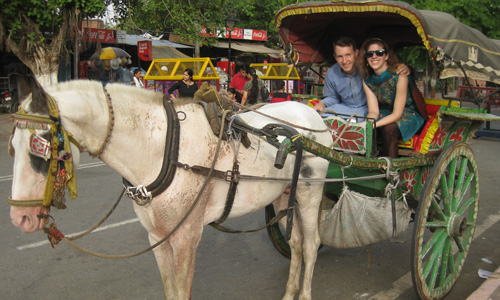 null
Agra is known for its fabulous marble-made handicrafts and soft stone inlay work. The Mughals were great patrons of arts and crafts. Agra's major handicraft products besides marble and inlay work are: leather ware, brassware, carpets, jewellery and embroidery work. Agra offers a variety of leather items including footwear, purses, bags, and decorative items.You can also shop for sandal and rose wood items, brass and stone decorative pieces, embroidered rugs, stone inlay work and floor carvings. When in Agra, it is worth taking out time to see what Zardosi is (even if you don’t intend to buy). Zardosi is a unique 3 dimensional thread work that originated in Agra during the Mughal reign and has held on till today. In today’s modern era, artisans of Agra has perfected the art of creating wall hangings, table cloths and cushion covers made of Zardosi. It seems the street vendor selling “Itar” (a common Urdu word used for pure form of perfume) is of immense interest to tourists. These local perfumes are made out of flowers and can be had in variety of scents like lotus, magnolia, poppy, rose, etc. Agra is also famous for its carpets and Dhurries. You are bound to be escorted by a salesman to a nearby factory to see the process of creation of these items. The city has been a centre for the art of making carpets and Dhurries since the Mughal days. The main shopping areas of the city are Sadar Bazaar, Kinari Bazaar, Munro Road, Raja-ki-Mandi, Sanjay Place, MG Road and the Taj Mahal Complex. 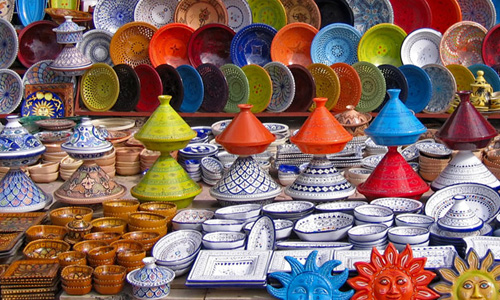 Must try for traditional Indian cuisine. Hot favourite with locals and tourists alike.

Riao
Must try for its mouth watering Indian cuisine. 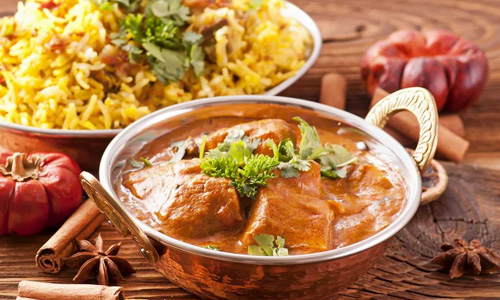 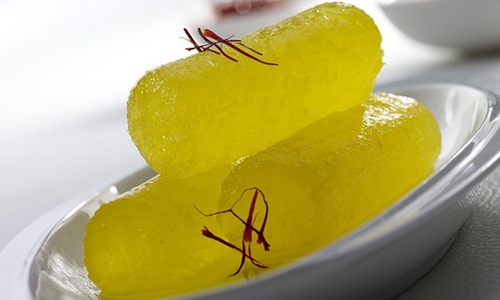